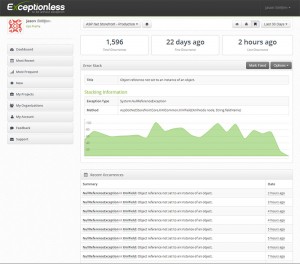 We like to know how Exceptionless is helping its users, and we love it when we get feedback! Every once in a while, we like to share a story or two so we can drive home the benefits of having a real-time exception logging service tied into code projects.

Surveys are sometimes sent out to users, and we wanted to share a few recent responses.

What has Exceptionless Done for You? #

If you use Exceptionless to log, report, organize, and squash errors in your code, we want to hear how it helps, what kind of crazy errors you are eliminating, and your general thoughts on the project! Don't be shy, we won't bite.

Thanks to Philip with the Beth Israel Deaconess Medical Center and Michael with Customer Logic for their case study contributions. We appreciate it guys!