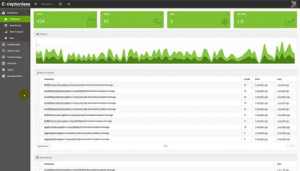 We know, we know... It's been a while since our last update. As so often is the case, the holidays took their toll on work and waists here at Exceptionless over the past few months. However, we're not slacking too bad. In fact, we've got a small update on Exceptionless 2.0 that proves it's hasn't been all turkey and naps!

In general, the primary features and functionality of the new version are complete and we are in the testing, bug fix, and tweaking phase before we officially launch a production environment and begin orchestrating the process of data migration and rolling users over into the new system.

We thought we would throw out some of the most recent stuff we've been working on. We're sure you'll approve!

One of the main things we've been working hard to get right is the new filtering system. Since we put together our filter demo video, we've added in the following searchable items:

Another major feature we want to make sure is ready to go when we launch is the documentation. We aren't quite finished with the user documentation, but the API documentation has been updated and is current. Of course, we'll keep updating everything as development continues and will field any support related questions you may have.

We've been bragging about how fast Exceptionless 2.0 will be, and we're not joking. We've been putting a lot of time recently into optimizing the queue processor so that it's not just fast, but really fast. You'll see!

Another little feature we've added is the ability to specify custom user agent strings to treat as bots. We're sure a few of you guys will find that handy.

Coming Soon. Not Tomorrow, but Soon. #

As mentioned above, we're still working out some bugs and preparing to enter the production and migration phase. We'll be sure to keep everyone updated via the blog, social media, email, and in-app as we get closer to launch.

Until next time, we hope everyone had a great holiday season and is enjoying a happy new year!