This week we've got some cool stuff in our weekly update! Along with the below, you can now follow along over on the new YouTube Exceptionless Weekly Updates playlist, so make sure to check it out and subscribe!

Let's Get Down To Business # 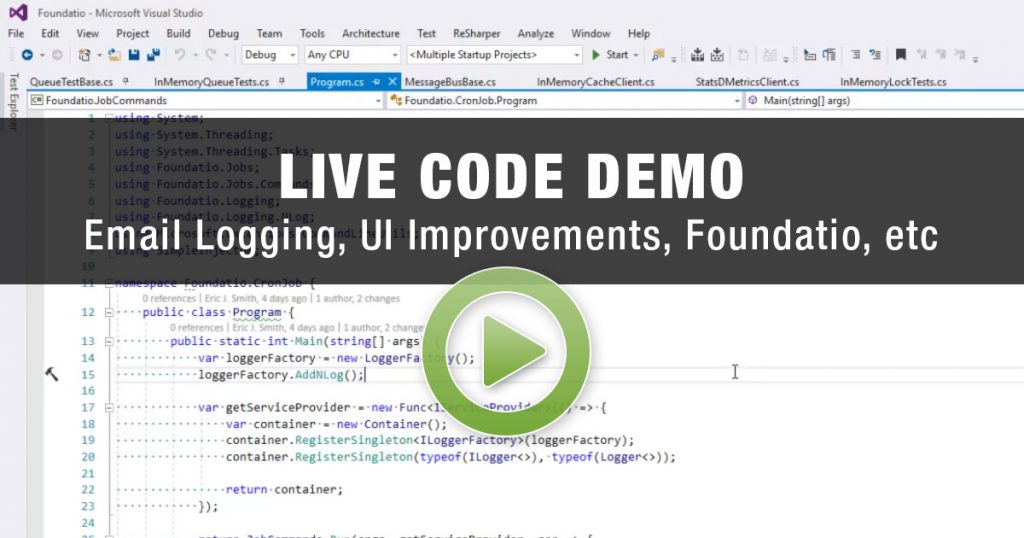 This week, we made improvements to email logging and documentation when running in dev mode. Find out more by watching the live coding video or visiting the Exceptionless repo on GitHub. 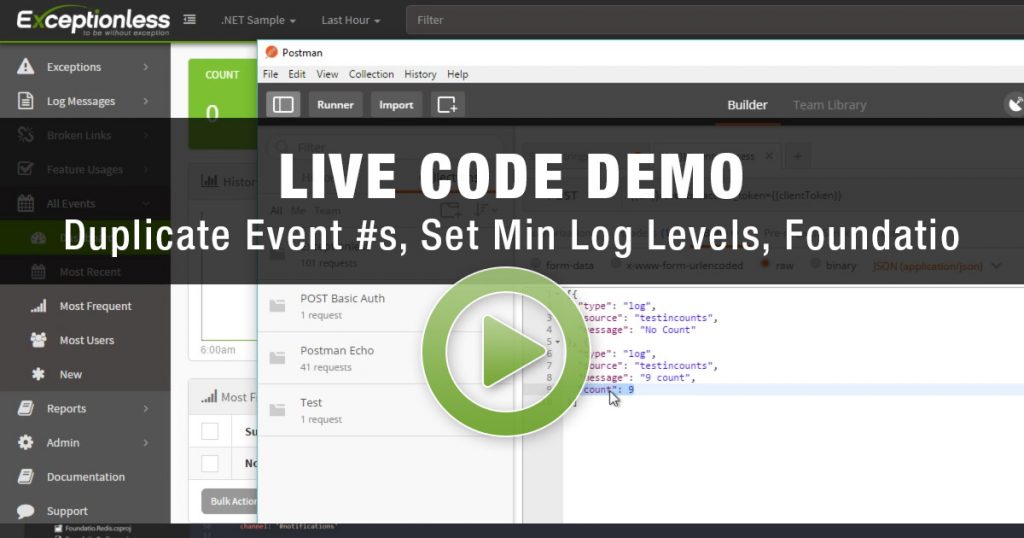 Blake's back at it this week, onward to something new after the Exceptionless 4.0 launch. Today we talk deduplicate event totals, setting minimum log levels, updates to Foundatio, and tracking down an event processor job issue! 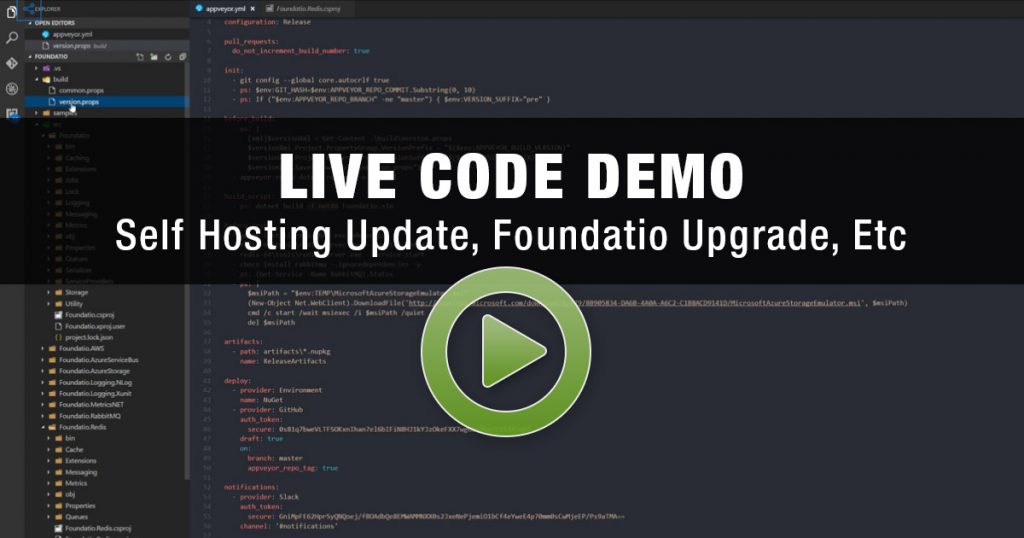 During the Exceptionless 4.0 Release, we covered a lot of enhancements and changes. In this week's Live Code Demo, Blake reviews the 4.0 release notes and talks through other tweaks and post-launch cleanup.

In this Live Code Demo Episode... # 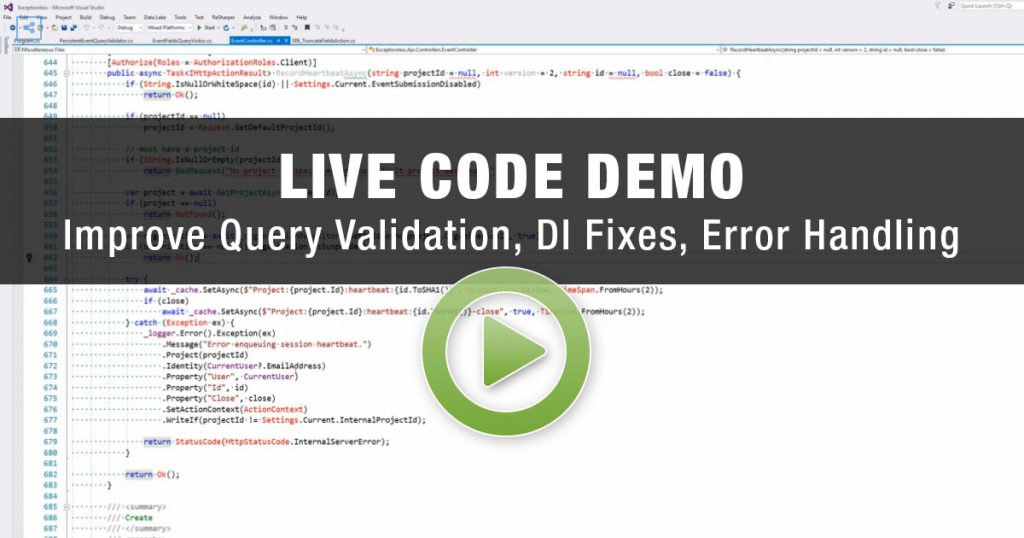 This week's live code demo comes to you during a week of final testing and tweaks prior to our launch of Exceptionless 4.0.

Blake dives into and shows you the code for several important improvements and fixes, which we've listed below. 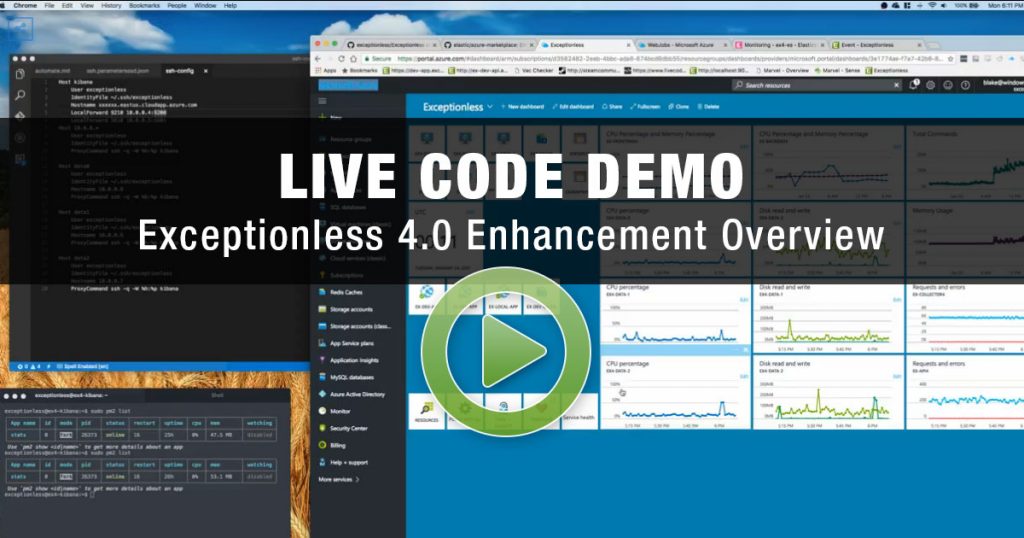 We recently announced Exceptionless 4.0, but we also recorded a short demo of some of the enhancements and talked through them.

In this live code/feature/functionality review video, Blake talks about: 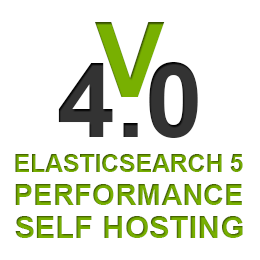 That's right folks, Exceptionless 4.0 is here and we've got the full low-down on all the improvements, upgrades, and enhancements in this week's blog article, along with how to upgrade instructions for self hosters.

The primary focus of version 4.0 was to add support for Elasticsearch 5. By migrating from Elasticsearch 1.7 to 5, we removed growing technical debt and benefited greatly in the process. Here is an overview of the benefits gained by migrating to Elasticsearch 5 in 4.0.0.

Since we first migrated to Elasticsearch 1.x from MongoDB, we've learned a lot of hard lessons. With 4.0 and the upgrade to Elasticsearch 5, we took all those lessons and applied them to the new release and infrastructure setup. Here are some performance improvements and notes that came out of those implementations.

Our goal is to have everyone be able to setup and use Exceptionless in a matter of minutes. One of the areas that had hendered a lot of self hosters in the past was forgetting to update the elasticsearch.yml file, which is no longer an issue with the migration to Painless scripts. If you're a self hoster, check out the

With Exceptionless 4.0.0, we continued to focus on finishing up backend improvements to both our repositories and parsers that we made in the 3.5 releases. We feel that all the pieces are finally in place to allow us to do custom dashboards in the near future, something we talk about in our 2017 Roadmap blog post.

We’re always striving to improve the efficiency of Exceptionless and all of our projects. If you see any room for improvement or have any comments when using anything from us, please send us an in-app message, submit a GitHub issue or contact us on the website.

We'd like to say thank you to the community, project sponsors, and the Elasticsearch team for helping us ship 4.0.0. You guys rock!

Want to know what's coming next? #

Check out the 2017 Roadmap and let us know your thoughts on our planned development. 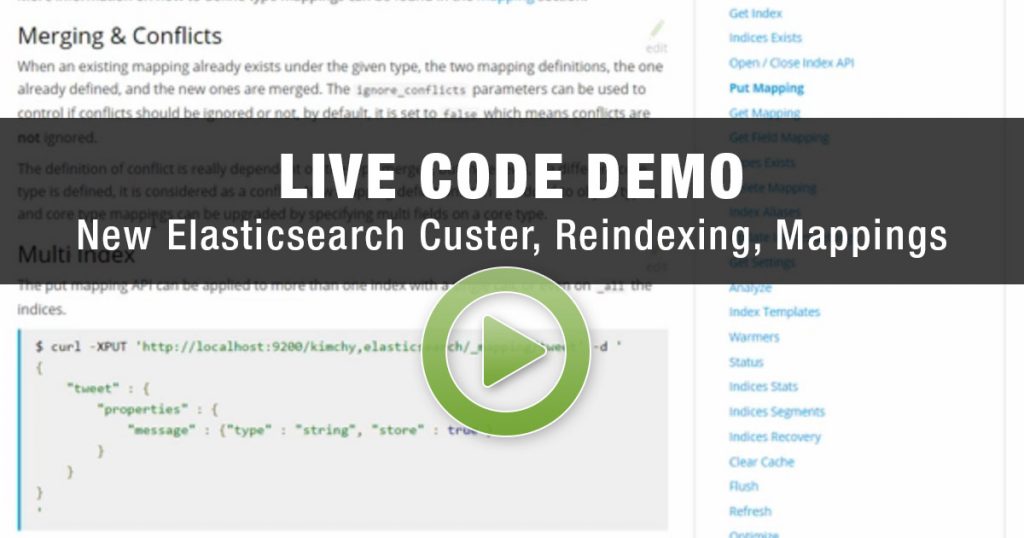 Getting Ready for Exceptionless 4.0! #

In this live code review, we go over some of the recent changes and processes to get ready for Exceptionless 4.0, which include implementing a new Elasticsearch cluster, reindexing into it using the Elastic Arm templates, and updating existing events mapping.

The Elastic Arm templates automate the setup of an Elasticsearch with a few clicks, which is awesome.

Then, we had to update our existing events mapping to have a last updated field and is deleted flag so we can do incremental reindex passes. 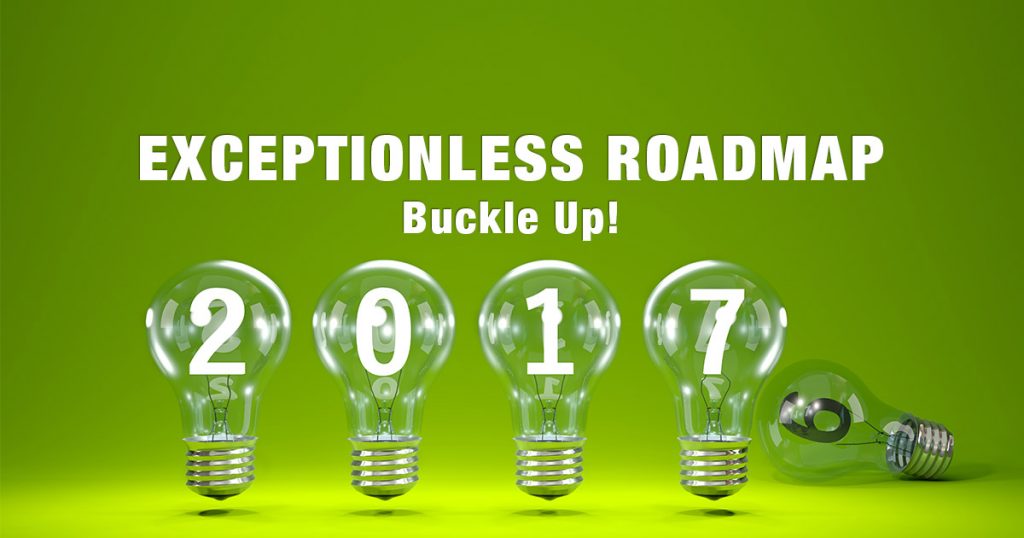 Can you believe it's almost February already! Us either. No rest for the whicked, though, as we sit down to get cranking on our list of Exceptionless changes for 2017.

We have a a great list of features, functionality changes, and enhancements planned, and no doubt we'll work in a few other popular feature requests and, naturally, bug fixes along the way.

Let's take a look at the primary roadmap, shall we?

Upgrading to Elasticsearch 5 has been in the works for some time now, with early testing starting in late 2016. As of January 23rd, we have officially pushed the upgrade to production and are looking for feedback, missed bugs, and performance improvement reports from anyone using it!

We're always working on notifications, we've got several distinct changes we want to work on in 2017. Here are a few of the important ones:

Porting to .NET Core and Containers #

We know the dashboard is crucial for many things, and we want to make them more customizable to fit each user's individual cases. At the same time, we want to make sure we maximize business value. So, we plan on working on several features and functional aspects of dashboards, namely:

We really want to add new native clients to Exceptionless, and are including that as a major goal for 2017. Everything we are working on is moving in that direction, one way or the other, and we hope to make further announcements in this department soon!

We are, of course, always accepting pull requests as well!

What Are We Missing? #

What have we forgotten? We know everything isn't included on this list, but if we have missed something big that you can't live without, please let us know!

Otherwise, look for a new version announcement very soon, and get ready to upgrade and take advantage of several of these new upcoming changes. 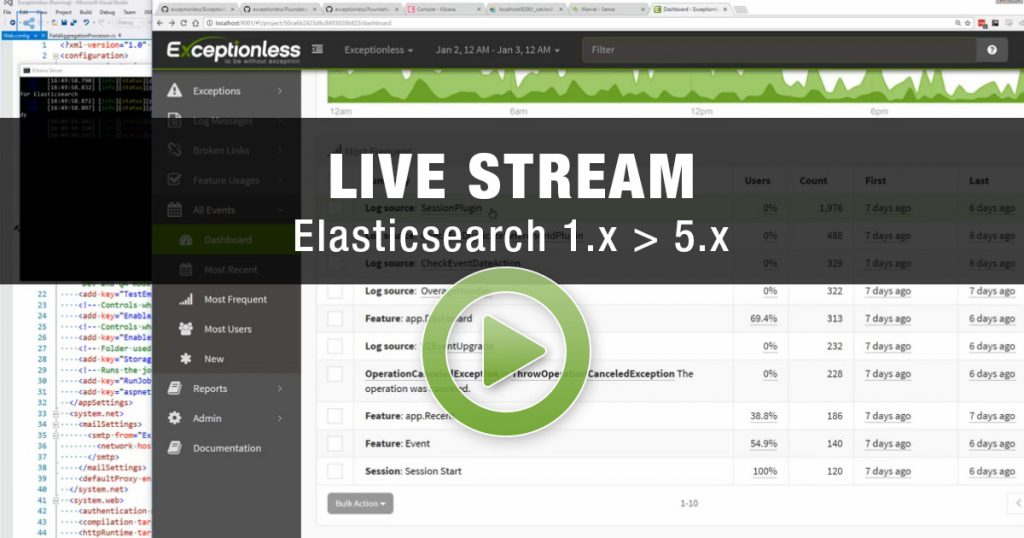 In the first episode our all new weekly live streaming demo session, Blake talks about the recent push to migrate Exceptionless from Elasticsearch 1.x to Elasticsearch 5.x.

One major part of this project has been updating Foundatio.Repositories and Foundatio.parsers, both of which are parts of our pluggable foundation block project for building distributed apps, to support Elasticsearch 5.x.

Once that was complete, we then worked on reindex scripts for migrating data from Elasticsearch 1.x to 5.x using Elasticsearch's external reindex.

Check out the live stream, and tune in weekly for the next episode.

Want Blake to demo something specific? Just leave a comment here and we'll make sure he gets it done!